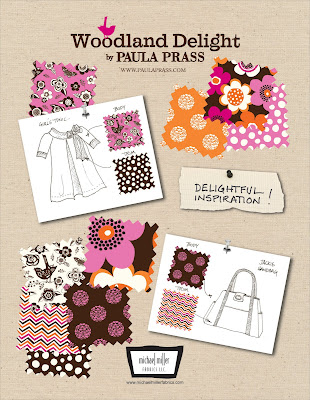 Well here it is. I'm feeling ever so fashionably late in posting my Woodland Delight reveal. Sure, I could lead you to believe that. Truth is I am buried under projects and fabrics and have lost track of days and times. Did I already mention that every surface here is covered? We eat standing and the garage is in no better shape...just another extension of the creative explosion going on here. It's a love-hate thing. I hate the deadlines and pressures, yet love the creative juices that come to the surface when squeezed to the forefront. I do have dreams of showing up at Quilt Market with one sleeve missing. If that really happens please just pretend it's Project Runway and it's a fierce new look.

Woodland Delight is a playful collection of three cheerful colorways; brown, pink and gray. Do you like it like I like it??? Oh I hope so. It's been so fun to work with. Yup, cheery, chirpy fun. 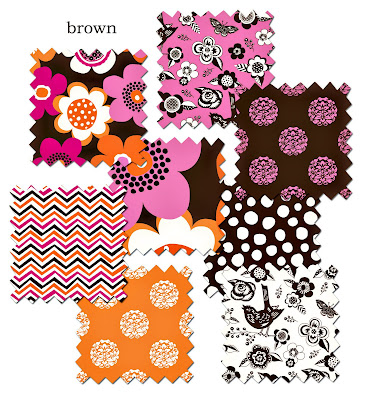 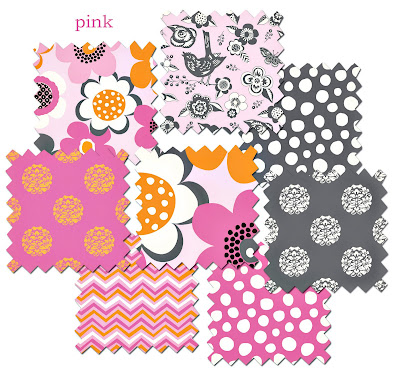 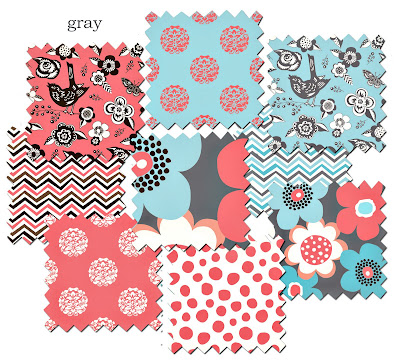 I frankly still have much to do, so I can only give you some snippets of works in progress. 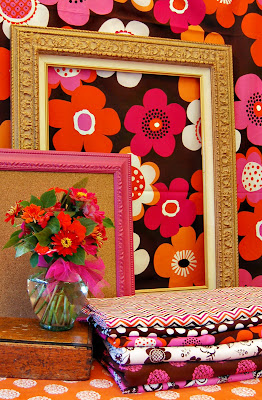 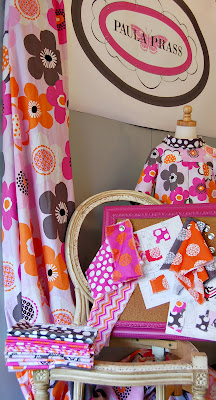 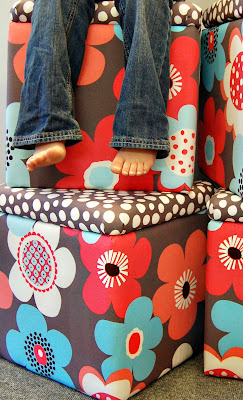 As you may know, I am working on patterns. Here is the Jackie handbag, which you might recognize from Spring Market. Well, my dear friend Simone is making a couple Jackie bags in my new fabrics. She just sent this photo to tease me and it worked. In turn I am teasing you with one of my upcoming girls patterns. If you like this, then hopefully you'll like the women's version, as well. I will be introducing these and my other patterns at the Houston Quilt Market in less than two weeks now!! 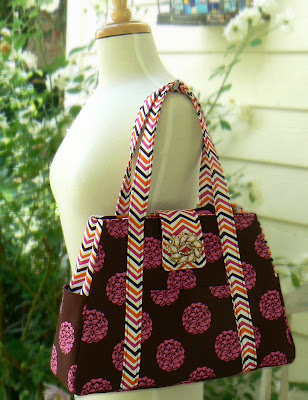 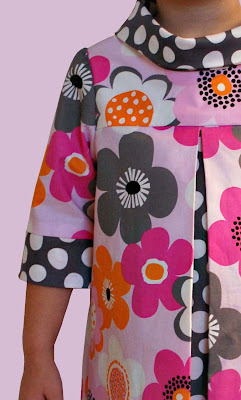 
I would so love to hear what you think, which combos you like...anything. And to show my deep appreciation for all your delightful comments and encouragement, I have 3 stacks of fat quarters that I would be thrilled to share. Just leave your comments.

I have more to tell you. Sandi Henderson and I are are putting on a Schoolhouse during Quilt Market. Just imagine that! Here's the Scoop:

Sandi and I plan to share some great ideas and GIVEAWAYS


Just looked at the clock. Yup, I did, but kinda wish I hadn't. Oh well, another late night. Just me and the sewing machine. And some Jamoca Almond Fudge ice cream. xoxo

Since the last experience with my husband's GPS, I wanted you to know I attempted to smooth things over. That is, until Tim told me Sheila said, "It's either my way or the highway". Yeah, more like the toll road! I accused her of taking kickbacks. Tim isn't helping. We can drive across town to see Jennifer and the kids and he takes SHEILA. Not only takes her, he turns her on. Why? Should I be worried? Yeah, well the other night I was nestled up close to Tim and was going on and on about you know who, then asked, "You like me better, right?" There was dead silence. Yes, way! His delayed chuckle was not comforting at all!

I also had to introduce you to our retired weatherman, Bob Gregory, that I spoke of in my last post. Don't you just love him? This video still makes me laugh so hard I cry.

I can hardly believe that I leave for Quilt Market in a little over 3 weeks. Still no fabrics and patterns are not ready either. Geez, no pressure! I'm here twiddling my thumbs, tapping my fingers, and.....set myself up on Facebook! Why, you ask? Twitter wasn't enough of a time sucker? No good answer. It appears to be equally addicting though. Started thinking...hope I don't end up in a Twitter and Facebook recovery group. Will you be there? Cool!

Finally, it thrills me to come across images like this. This is a new Pink Fig pattern featuring Summer Soiree fabrics. Go check them out! 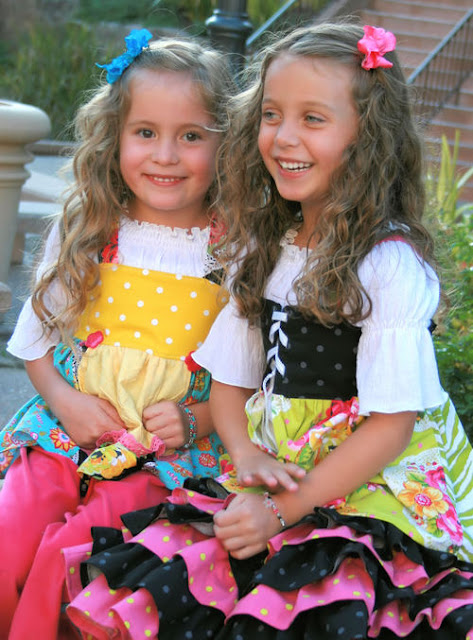 When you hear from me again, it will hopefully be with my newest fabric reveal. And may that be VERY SOON, I hope, I hope.
Posted by Unknown on Monday, September 14, 2009 12 comments:

OH SHEILA, YOU'RE BREAKIN MY HEART.... 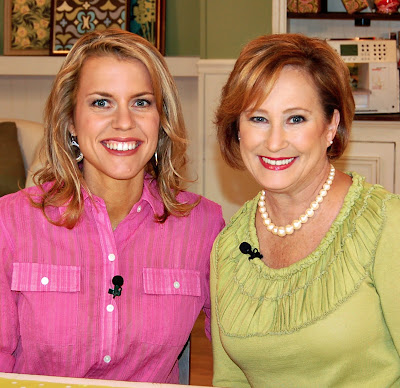 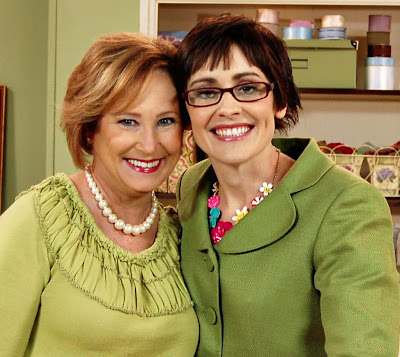 Nothing gets your mind off your funk mood better than the panic of a TV shoot. Oh, just kidding. It was actually great fun. Here I am on set with Pokey Bolton and Laura Gunn. See, we're smiling. But let me back up and give you the lowdown.
Okay, you remember my last post? I revealed four concerns and I have updates to share.
1. Sheila (my husband's GPS) and I are not on speaking terms. My husband programmed her to get me to Cleveland. She likes Tim. They have a mutual respect. He doesn't take her too literally. If she tells him to turn left, he has an inner compass that tells him he should really turn right. I don't have that inner compass. When God was handing out Sense of Direction, I got lost and could never find that line. Hence, I need Sheila to work with me.
I got to Cleveland just fine. But when I hopped in the car to head home, Sheila was missing from her assigned spot. I found her on the floor. Asked her if she was hiding from me, then placed her back and set her up to take me home. Once I'm on the highway in heavy traffic she jumps ship again. This time she unplugs herself! The little snot! I "had speaks" with her. Had to pull off, get her repositioned and reprogrammed. However, she clearly received a concussion during her fall. She told me to get off on the Ohio Turnpike (a toll road). I didn't come in that way. Hmmpphh.
I put a call in to Tim to tell on her. He told me to just ignore Sheila. That was easier said than done. She tried to get me to turn off at every exit. When I refused, she began tacking hours on to my drive home. She was relentless. I began singing "Oh Sheila, you're breaking my heart, You're shakin my confidence daily". By the time I stopped I was 2 hrs from home, but she had tacked on an additional 6+ hours; clearly punishment for disobeying her. I reprogrammed her again. This time her concussion subsided and she quit hounding me and admitted i only had a couple hours left. When I got home I told Tim he could get Sheila out of the car. Poor Tim is in an awkward situation. He likes both of us. Sheila and I don't like each other. Puts him in the middle. He did take me to dinner and left Sheila home. That's a good sign.

2. I think I did okay. For me, it was like the first time driving a car....so much to remember all at once. Here I was trying to act casual and easy going, but my mind was swirling with thoughts like, "Am I hunching over? Are my boobs resting on the table? Has the iron automatically turned off (YES, it did!)? There were no retakes, so that's a good sign. Thank you for all the incredible advise. What wonderful friends. More than one suggested Depends in case I got to laughing too hard.
3. Don't know how I looked on the screen. I know I felt bloated, but I chose to sit instead of stand, eliminating the need to suck it in. I brought 3 different pair of Spanx and contemplated wearing all three, but was concerned that might restrict blood flow to my brain.
4. Being a newcomer, I took the whole list of rules so seriously. I could just see me showing up in black and having them pull an old, dusty beige shirt off a rack and tell me to change. But, Pokey wore a black cardigan for one of the segments and another gal wore a black jacket in her shoot. Next time, right?
-
It was fun. Everyone was so kind. I met several highly creative women and had a great time with my fellow Michael Miller designer, Laura. We had some good laughs, usually at my expense (go figure). As far as when our segments will hit the air, all we know is it will be sometime after the New Year. I'll let you know.
I will also have a project and article in the Fall issue of Quilt Scene. I understand that magazine will be available during Quilt Market. I'm very pleased with how this turned out and can't wait for you to see!
Now on to some Summer Soiree inspiration. This first tunic is from none other than Simone. 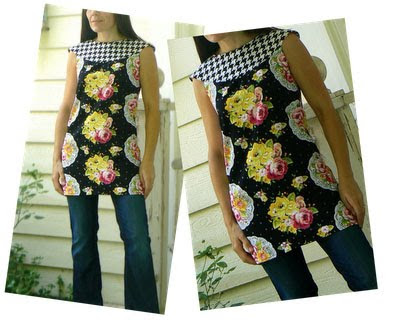 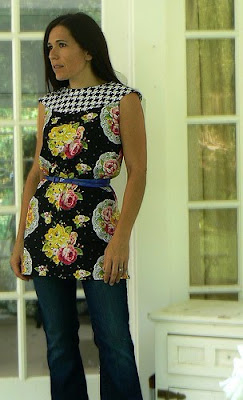 Then I found these lovelies in my Summer Soiree Flickr group; made by Georgiapeachez. Lots more where these came from! Go check these gals out.