So, I got a wild hair idea, or is it wild hare?  Anyway, I wanted to play around with painting fabric, but didn't have fabric paint.  I thought that when I got acrylic paint on my clothes it was permanent, so why not do it on purpose.  I played folks.   Definitely had to give myself permission.   And had fun.  Okay, so after I painted I took it outside and hung it over a fence to dry.  Problem is I went in, made dinner, cleaned up, yada and totally forgot I left my fabric out.  I went out this morning to find that the sprinklers went off and sprayed it with dirt.  So, had to rinse the fabric in the sink, then into the washer.   The vibrancy is gone, but that doesn't concern me, since I know how easy it will be to add more color when I finally figure out what I'm doing. 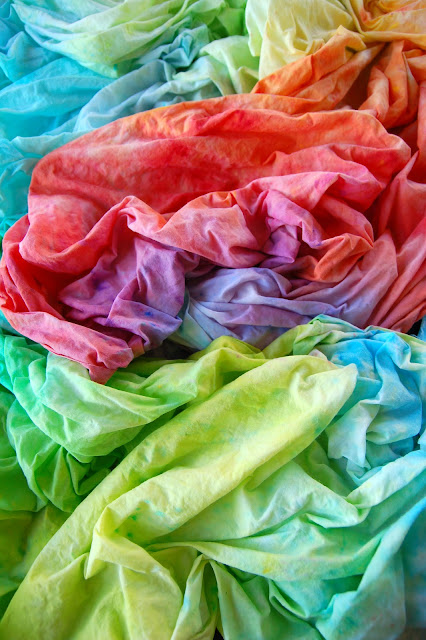 I mentioned in my last post that I didn't take my camera to The Creative Connection.  But Patty did and took some silly shots that just cracks me up. Love my fabric friends. 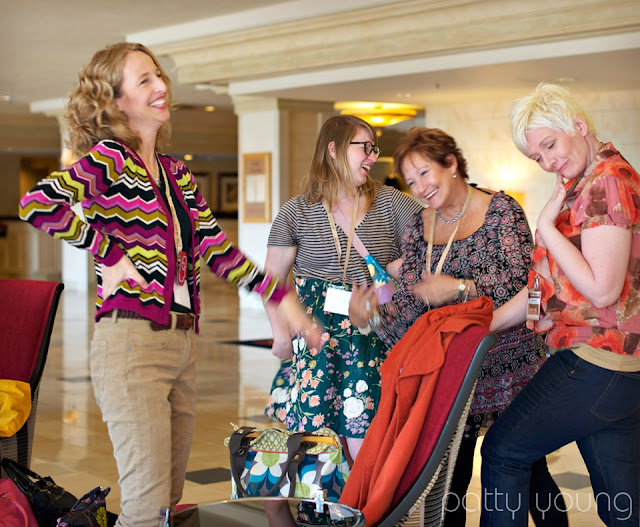 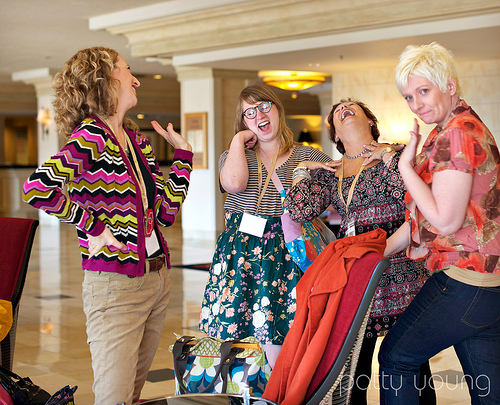 Let me FINALLY announce the winner of the pillow GIVEAWAY.  I sometimes choose creative ways to find winners.  This time I called my Jennifer (as opposed to someone else's Jennifer) and asked her to pick a number.  She chose 27 for Wyatt's birthday.  That would be Carolann.  Very scientific, right?  Carolann, send me an email with your info, okay?

Have an awesome, colorful, permission to play kind of weekend!
Posted by Unknown on Friday, September 23, 2011 4 comments:

Email ThisBlogThis!Share to TwitterShare to FacebookShare to Pinterest
Labels: FABRICNISTAS, SHOW AND TELL, SHOWS AND MARKETS

I just returned from a packed few days at The Creative Connection.  I had no idea what to wear, but one thing I knew for sure is I had to have one of the clutches that Simone creates out of my Botanika fabrics.  She whipped this baby up just in time.  LOVE!  Go check out some of the other ones.  Simone rocks Botanika. 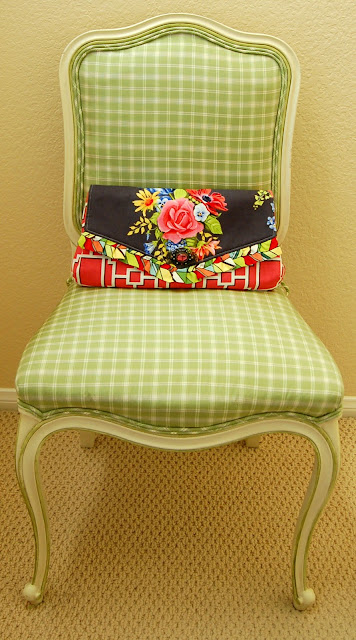 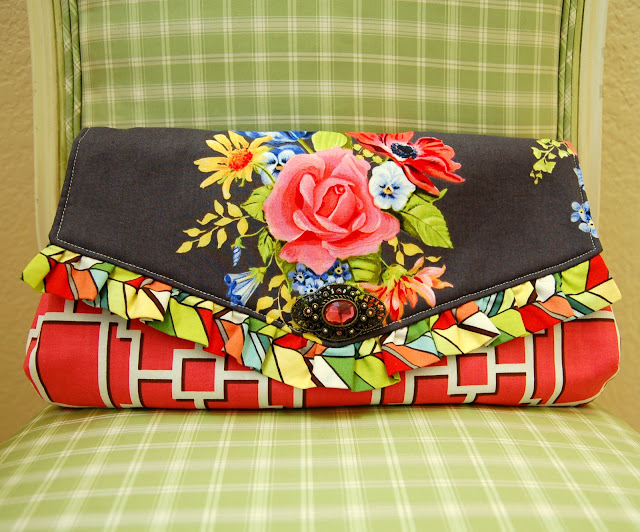 Couldn't find my business cards (you know my moving saga), then realized my info would have been all wrong anyway.  Didn't want to lug my large camera and intended to borrow Tim's smaller one, but geez, somehow I forgot that in the middle of the night. So, I'm about to reveal a few really bad photos of some awesome ladies.

Here is one of the reasons I participated in The Creative Connection.  The particular roundtable I  was involved with was packed, both with experts and women hoping to glean invaluable information.  Several women were able to pitch their ideas and art to the top gift companies and ask questions to some of us licensed designers working with these companies.  What an incredible opportunity, certainly one I would have loved to have had myself many years ago.

I took a few classes.  Two classes from Traci Bautista.  Funny, because her style is so very different than mine, but I was there to stretch myself.  And boy that stretched me.  I ended up in the same classes and at the same table with Brenda Pinnick a couple times.  We became fast painting buddies, sharing supplies and fabric scraps.  We quickly realized the fabrics we were sharing were our own designs and complimented each others.  What fun!  My hair gets wild when I get creative.
﻿﻿﻿

I was quite happy to meet Holly Becker of Decor8, finally.  ﻿She has sent some love my way over the years and I've followed her design blog since 2005.  Studied her new book DECORATE from cover to cover on the flights home.

﻿ ﻿Okay, that's all I can talk about today, but I will be picking a winner of the Pillow Giveaway this week.  If you haven't already, click here and leave a comment for a chance to win this pillow from The Paula Prass Collection for Demdaco: 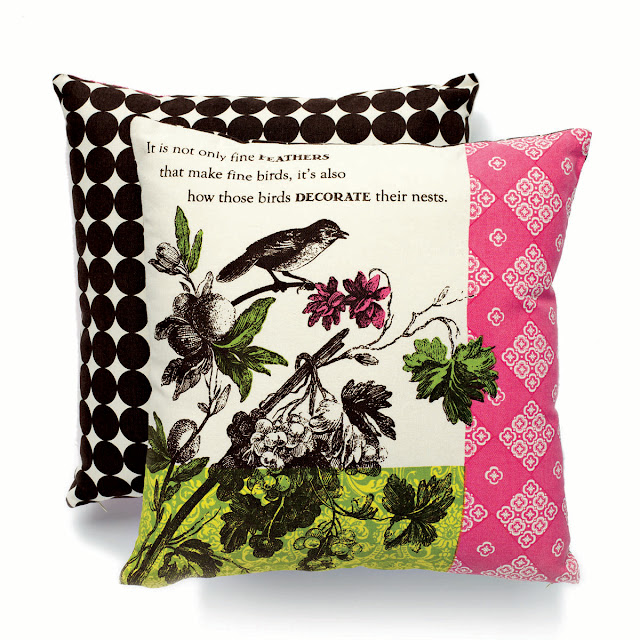 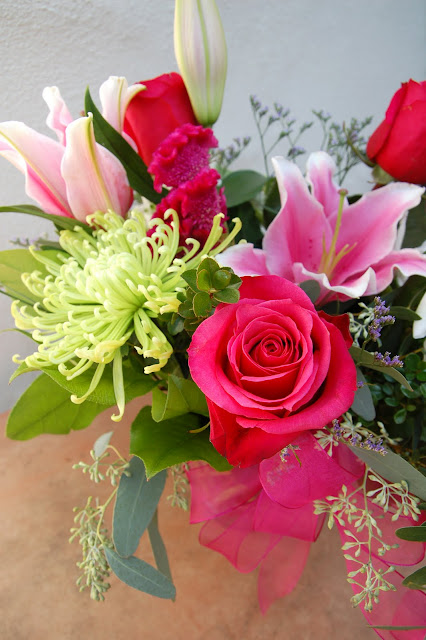 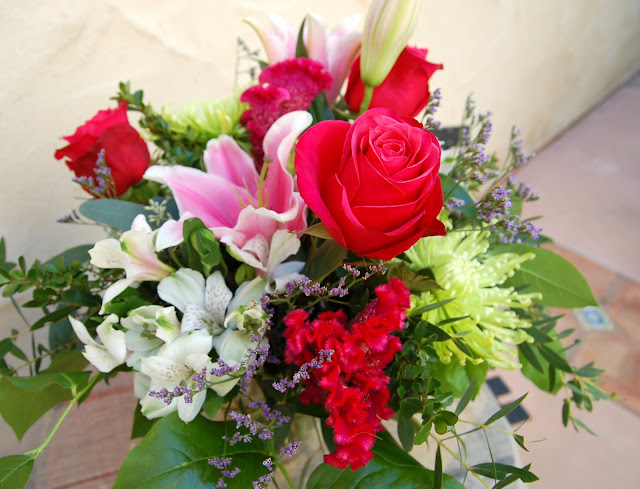 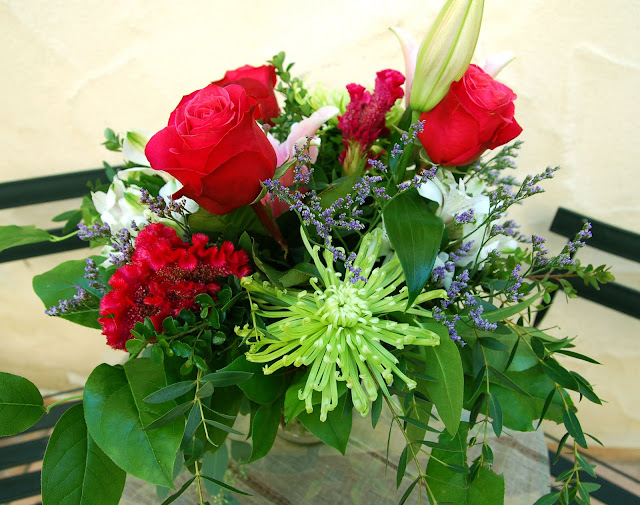 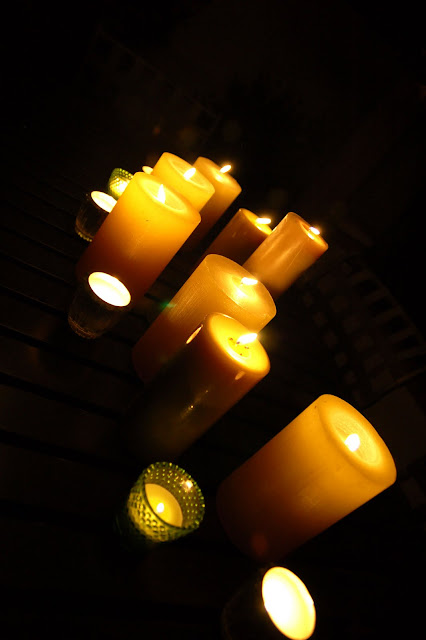 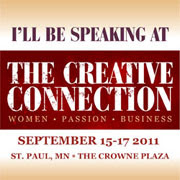 Since I haven't been a good friend I haven't told you that I was asked to participate in The Creative Connection which is, OH MY, like in a few days!  I am on a panel for a Pitch Slam.  When they asked me I was a bit reluctant since I don't really work out.   However, after better understanding I learned I am not required to do the pitch slamming.  Instead, I'm on a roundtable listening to people pitch their designs for the Gift Industry.  That sounds much safer, doesn't it?  I'm truly excited to be a part of this roundtable and rub elbows with my fellow Demdaco buddies.  I do license my artwork  for fabrics and artwork, as well, so I think I have something to bring to the (round) table.  I am so needing to get out and be amongst creative peeps right now while passing along the knowledge I have gained.  So, are any of you attending?
Last on my list of "I'm going to do better":  We found the pillow for the giveaway that the movers played Scramble with.  I am not announcing the winner, however, until I find the post office.  Love you!
Posted by Unknown on Saturday, September 10, 2011 14 comments: