MADE IT RAIN IN SAN DIEGO AGAIN 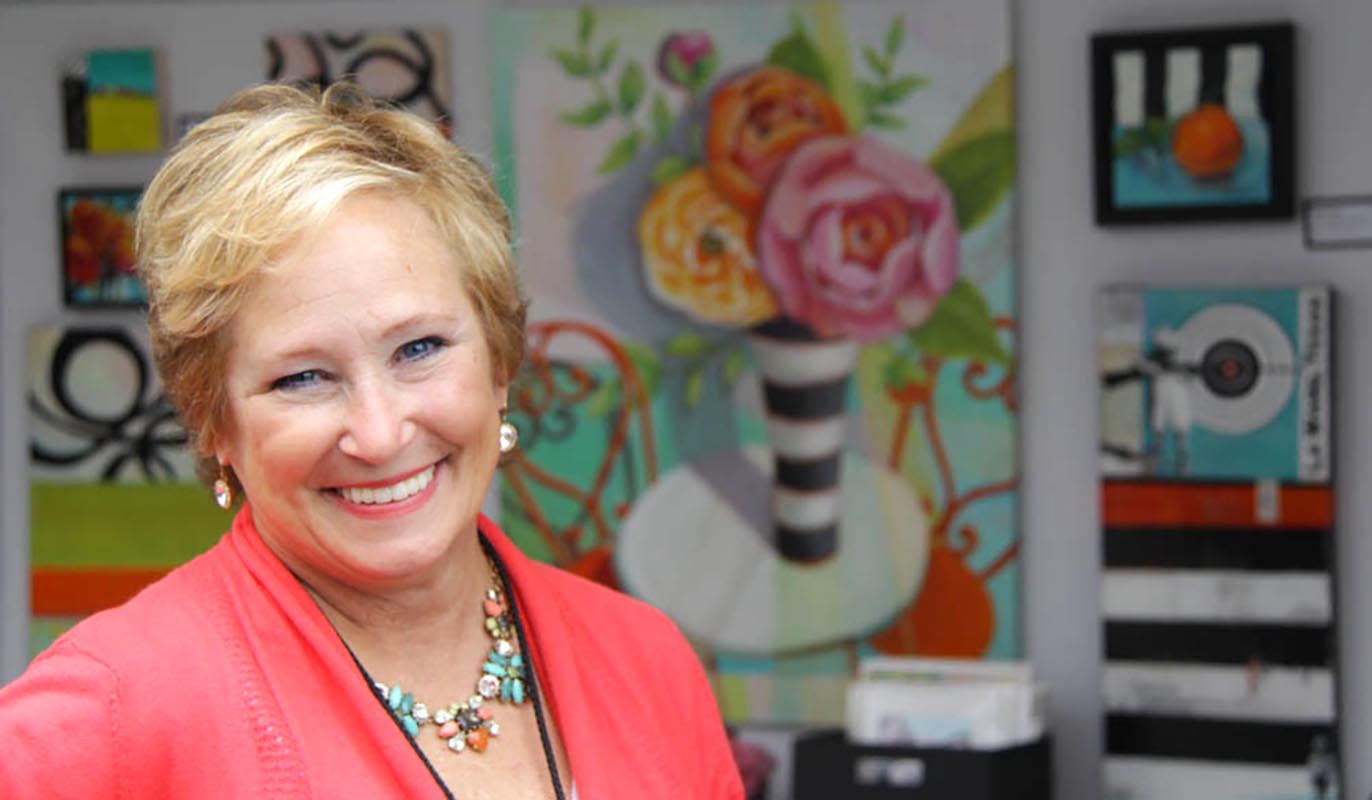 So, as most of you know it simply DOES NOT rain in San Diego. That is, unless I sign up for ArtWalk (or fully decorate an indoor tree out in my courtyard at Christmas). It rained the night before and the next morning as we drove to setup in a downpour. But fortunately it was only wet and misty in Little Italy for setup and dry all day until we had to pack everything back up and move it out at 6 PM.

It's in my DNA to make a space (albeit this was a tent in a sea of tents) feel welcoming so I brought a chest of drawers and rug to zhush up the tent. The rug was black and white and while that seems a crazy choice for an outdoor street fair it was perfect for tying my artwork together and pulling people in. I debated on the rug due to the dampness but at the last minute decided to throw all caution to the wind (literally). As we were rolling it out a little bulldog walked up to the edge and winkled on it! A Christening of sorts. Let the show begin!


My Mini MacGyver made these hanging walls out of 4 x 8 sheets of pegboard covered in drapery blackout fabric, which, if you know what I'm referring to is like a fabric vinyl. They were suspended from the tent poles with long zip ties. Wind was an issue so we will also secure the bottom of the boards to the poles next time. Several artists announced they were going to copy us. Sigh. 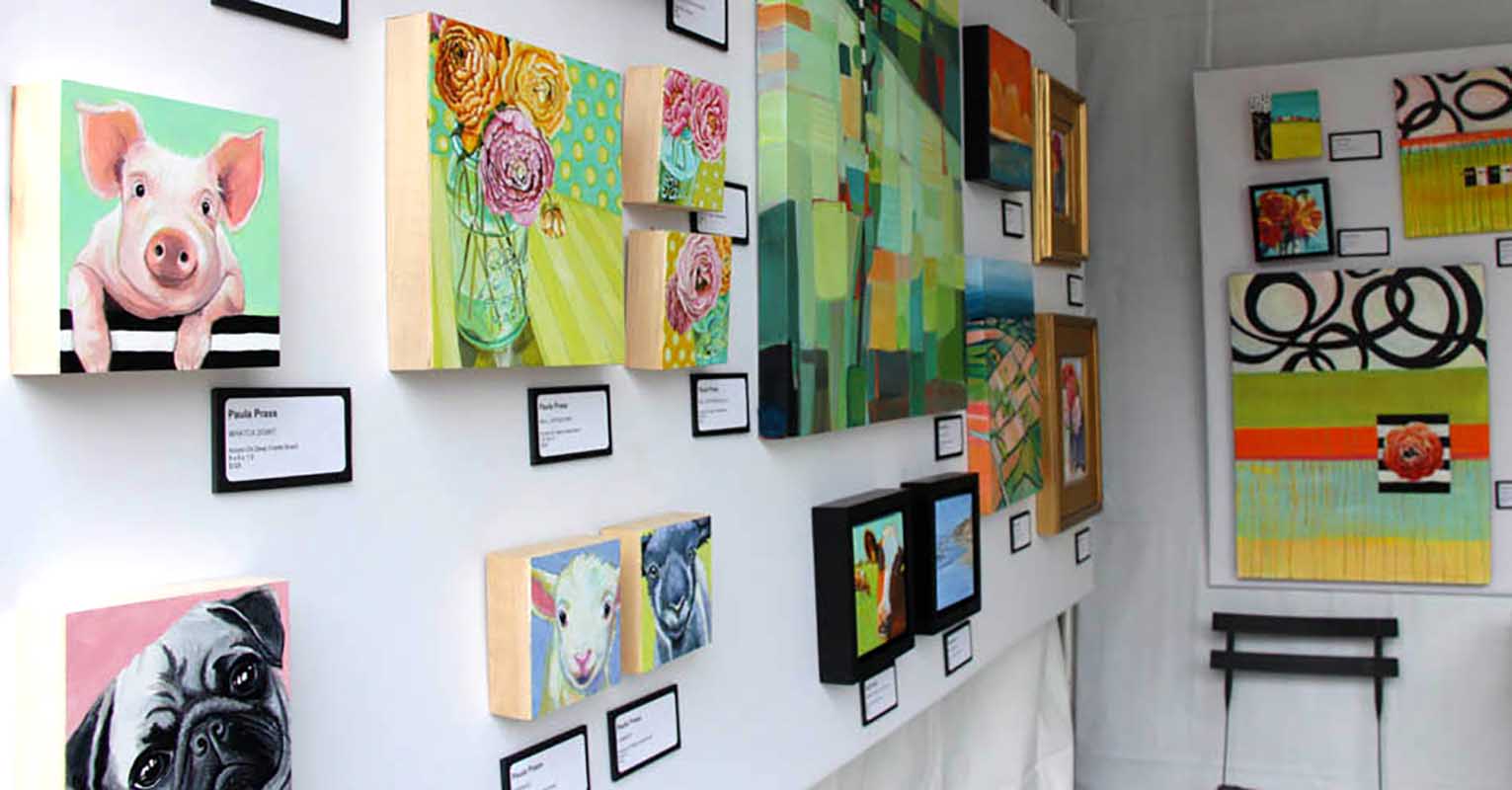 Here's a view of the left side wall. The animals were the perfect greeters as there were almost as many 4 legged creatures as two legged humans walking the show. The pig, titled "Whatcha Doin?" was adopted by such a lovely gal, I was tempted to email her and ask how the first night went. Guess I get a little too attached. This photo was taken Saturday when it was a bit gloomier out but the next day was perfectly sunny. People commented repeatedly using the word happy to describe my art or how it made them feel. One lady said, "You must be such a positive person" to which I replied, "Um, not really". I still chuckle inside thinking of the look on her face.

Oh, and a note to myself; tags don't need to stick out like a sore thumb. 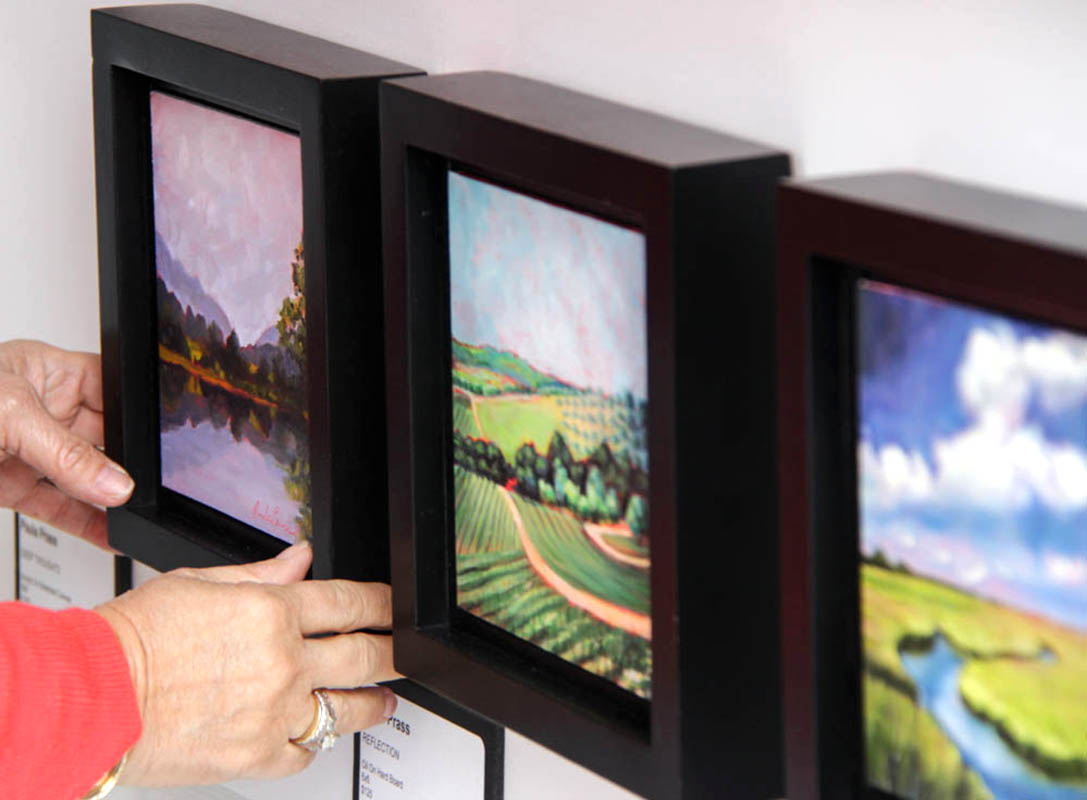 Lots of straightening on a windy day. 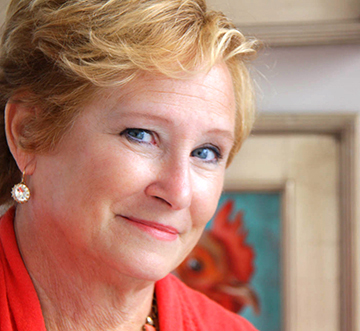 "Deep Thoughts" went home to live with a new family but not before he photo bombed me. Always the prankster. 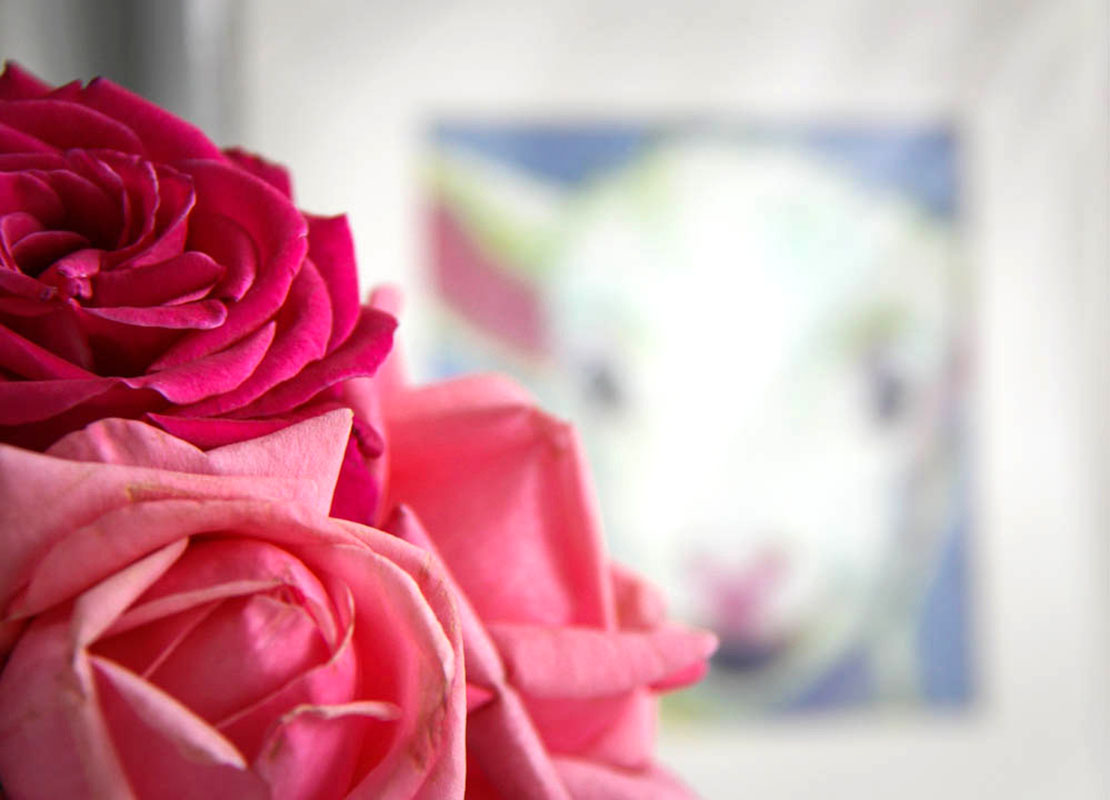 My dear friend Suzanne Brendis stopped in and took some wonderful photos. 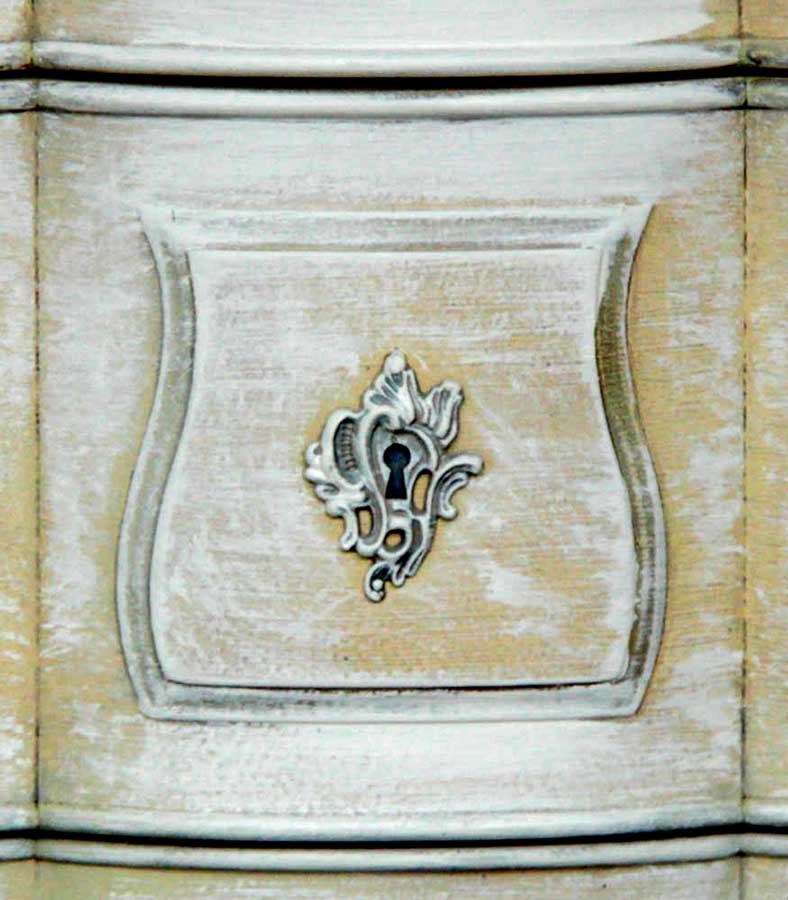 I consider my first show of this kind to be a learning experience and a stepping stone. Very different than those huge permanent showrooms and temporary booth set-ups in New York and Atlanta that I did for years…and the Quilt Shows around the country. Kinda the same and totally different. I'm still processing how I even feel about selling my art in this venue, but as of now I think I'll give it another go. Meeting people that give me such positive feedback (whether I overhear comments or get to chat one on one) is an experience I truly value. The opportunity to collaborate on commission work from the show is quite invigorating and we'll just have to see where life takes me in a year from now.

Email ThisBlogThis!Share to TwitterShare to FacebookShare to Pinterest
Labels: AROUND TOWN, ART