Here we go with Part 3. Just can't get enough of these, right? 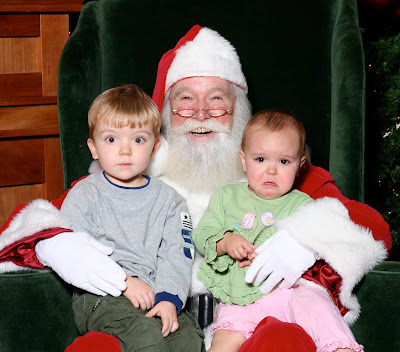 This picture is from a couple of years ago of my daughter and son (ages 18 months and 4, respectively). Yeah, they were less than thrilled. As my sister so eloquently phrased it, "start saving up for therapy now!"
Jenna 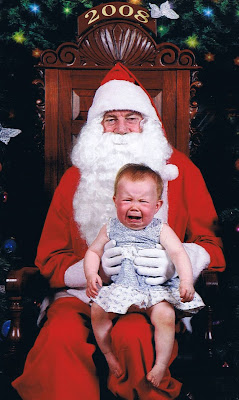 This is a photo of my little girl taken last year. She was 11 months old.All was well until she looked around and saw who had hold of her, then the screaming started. I told the photographer to take the photo quickly, she paused and asked me if I was sure... Regards, Becky BeckyEtal.blogspot.com
.
Diane Ruby says:
. 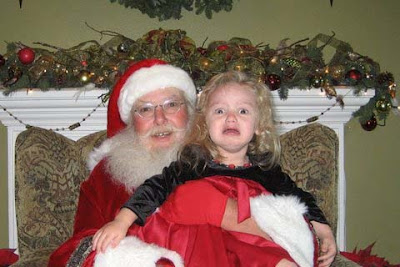 My daughter sent this picture of my granddaughter, Ruby, and I can't stop laughing. Somehow, she just doesn't embody the spirit of Christmas! 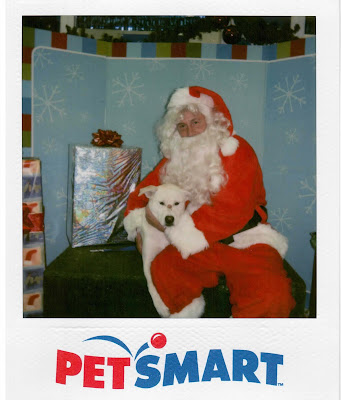 I had recently adopted a lab/husky mix that I named Amy. She was attending training classes at Petsmart, where every year Santa comes and you can get a picture of your pet with Santa. Poor little Amy was very shy at this point, especially around men, and it was clear that she did not like this man in a red suit trying to hold her still for a picture. To top it off, she had a big red spot on the front of her face that she had scraped in the shelter before I adopted her. I look back at this photo and can very clearly see what my poor puppy's face is saying: "Get me out of here. Right. Now." I've never taken her for a Santa photo since!
http://www.jenniferworthen.blogspot.com/
.
Just remember, you too have time to yank that photo out of your, um, photo album. Read that first post below for your chance to win that Woodland Delight fat quarter bundle.
Posted by Unknown on Wednesday, December 23, 2009