THAT'S MY DOG IN YOUR FRAME

A few weeks ago I was in a local Home Goods and headed towards checkout when something familiar caught my eye.  I turned and what should my wandering eyes see?  My Wing Study fabric on down filled pillows!!!!  Even had zippers.  Guess how much?  No, guess again.  Yup, $19.99!  Okay, so even though it's my fabric design I was thinking the down pillow form and zipper would cost more than that.  I bought two for my house.  Crazy, huh?  Oh, and  that pillow on the lower right was just sitting there and not my design. 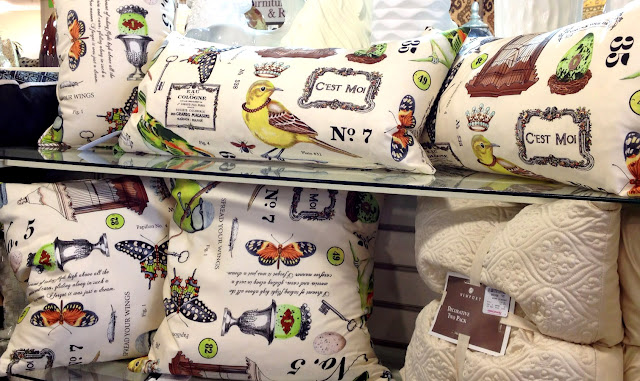 Then if that's not enough, I was just in a store, MG Tate's, in Indianapolis with Jennifer and lo and behold, there were my Demdaco frames.  I took a quick photo hoping no one would notice.  I'd have a hard time convincing them I wasn't trying to "copy" or anything. 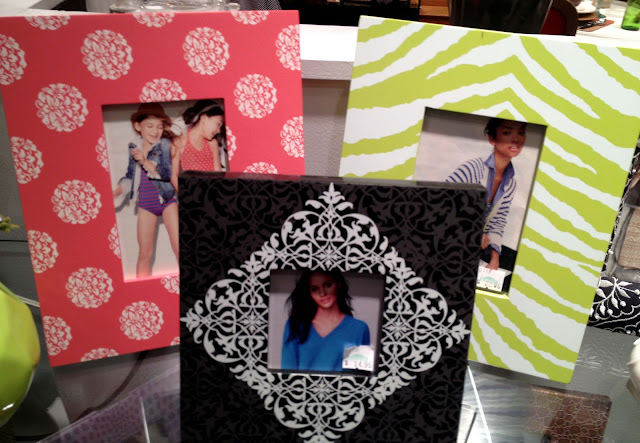 I am known to do weird things in stores.  A few years ago I was designing a room in a Decorator Show House in Indy and had picked up a bunch of accessories and frames at Pottery Barn for the finishing touches.  Once I got everything in place I packed up the items I couldn't use and returned them to the store.   Then a couple weeks later I was walking through Pottery Barn and stopped to look at the frames.  Sitting right there, front and center, was a photo of my dog in a frame I had returned.  It was the same cute photo I used each year in the show house rooms I designed, but in my rush to finish up I forgot about the photo.  I kinda freaked because I had to have that photo back since it was before everyone had digital cameras and stored images.  I tried to be sneaky, but there seemed to be about 50 employees meandering and talking into tiny microphones.  I also imagined cameras and security all watching me try to steal a dog photo.    Finally I decided the only thing I could do is buy the frame.  I took it to the checkout counter and placed the frame front side down, which I hoped would work since the tag was on the back anyway.  Sure enough the one gal flipped the frame over and seeing the photo she started to remove it from the frame.   I panicked and quickly asked what she was doing.  She said they reuse the photos!  Okay, here goes...."Could you leave the photo in?  It's my dog".  The other gal behind her swings around to get a good look at the lady with the loose screw in her head, then they looked at each other as if to wonder about calling security.  Finally, after me going on and on with my tall tale and a line forming behind me, she reluctantly gave in.  I didn't shop at Pottery Barn for a while after that.